So recently in Facebook, I have been looking at the buy and sell sections.  Specifically looking for a desk for my work area.  But at the same time, I also check out RPG stuff, computer stuff and more.  Well the social profiling FB does has done something useful for me.  It popped up an add for a coffin shaped dice holder.  And this is both what happened and a review, finished with what I am going to do to it to add some more theme to it for Halloween.  At the end of this month (October) I will be giving it away on Twitch with a set of dice (details below).  So, let’s get to it. 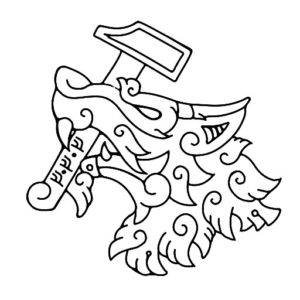 When I first saw the coffin dice holder I was impressed, it just looks cool.  So I got in contact with Fenris Customs, and asked them if they would kindly give me one to give away on stream, and to my surprise the owner said yes.  He had to make it, so it took a couple of weeks, but he got back to me after a few weeks, and after some time juggling, yesterday I finally got to pick it up, and actually hold it for the first time.  I have to say, even before I touched it, looking at it while it sat on the top of a blacksmith’s anvil, surrounded by wrought iron, I was impressed with the quality.  Also it looked cool as hell surrounded by all that iron as well!

SO i had a good chat with Kyle the owner and operator of Fenris Customs, and he is a very nice guy.  We talked for 30 minutes as I got to know him a little, and him me, and I found that I genuinely liked the guy and his work was really good.  But after having a talk about how he does what he does, and some background I took possession of the coffin, and got to feel it for the first time, and I was not let down in the slightest.

The coffin, as you can see in the gallery below, is black.  This is painted over real wood, not MDF or any composite, and you can still see the grain in the wood through the paint, adding to the aesthetic of the piece.  It’s default appearance and design is as a blank plainly painted wood with brass hinges, and a brass lock on the side to secure it’s contents.  These were not cheap hinges.  Where if you went to a $2 store and bought something like this, the hinges would be loose, and would break super easily.  Not so the Fenris products.  Kyle puts a lot of care into the parts he uses, and not just in the dice boxes (of which he makes a few different designs as well), but also into the other items he crafts, from camp fire tripods to swords and axes even making knives from old railway spikes.

As I opened the container for the first time, and it was close, I could smell the timber, and it smells very clean and fresh.  While this is not a design choice I don’t think, it give the coffin a nice solidity by letting your senses know it IS real wood.  The lid is routed to smooth it off which adds to it making it easier on the eyes than harsh angles etc.  The latch on the side that allows access and secures it is a simple brass pin and hole setup you would see on jewelry boxes et al.  The only thing again, is it isn’t a cheap lock, rather it’s a very solid, snug fit, that not only prevents accidental opening of the box, but gives you a sense that it never will, but not one that will prevent you from using the contents.  Inside the box has 9 holes drilled into it, which has some specific significance when the item was designed.  Rather than mess with that, or the design (thankfully) Kyle left it as he had designed it, and while one or two more slots would be good, it would IMO ruin the esthetic a bit too much.

The coffin interestingly was not designed as a dice holder, however people bought it FOR that, and so now that’s what it is.  Initially it was a holder for make up of some sort.  But gamers being gamers…

Probably the best way to get one, or see other designs would be to go to Fenris Customs’ Etsy page:  https://www.etsy.com/au/shop/fenriscustoms

Could it be better:

Yes, but to be honest, not by a great deal.  The following is probably the only thing I would consider it needing to have done to be perfect.  Felt in the dice slots.  Just a little bit, in any color.  I mentioned this to Kyle and he told me the time needed to cut them out, the cost made it not worth the effort.  However, there is a VERY bright silver lining for this.  If you want to do it, you should do it yourself.  You get to pick the color, or pattern and line each hole how you want to.  If you buy this as a gift, you can make the colors inside either something the receiver will like color wise, or anything.  You can also add some other embellishments to the coffin’s exterior also, and theme it a tad more.

But other than that small thing, there is nothing that needs to be done for the design of the coffin.  It is a solidly crafted, nicely pointed dice carrier that not only looks better than a bag that comes with alcohol, but it just feels nicer too.  Would I buy one for me?  No.  Not for any reason other than I have just too many dice to store in one of these, or 100.  For me large compartment boxes from Bunnings work, but if you have to travel, this would be a good solution.  If you go internationally, make sure you declare it and have it checked by customs!  If I only had a couple of dice I would very easily see myself getting something like this, if not just for the cool factor it gives the owner.

What is the price?  I think in the $45 mark.  Is it worth it?  HELL YES!  This isn’t a cheap mass produced lump of wood like material made to look average.  This is a quality hand crafted product from someone who learned a lot of his trade from his grandfather, and through the work he does, you can see the care and craftsmanship on display.  Should YOU get it?  If you need a smaller dice holder, then this is ideal for you, and for portability to take your dice to a game and look cool too when you get there then this is something that you will want to look into.  I feel this is especially true for darker games like Call of Cthulhu and World of Darkness as examples.

All scores are out of 10, and the average score is detailed afterwards. 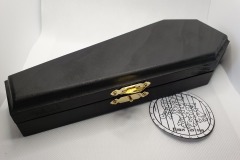 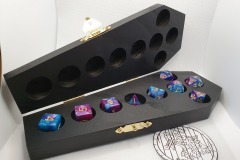 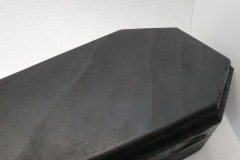 TFB: WELCOME TO THE NEW 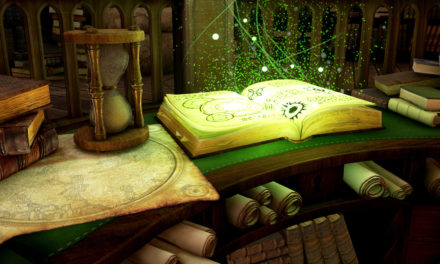 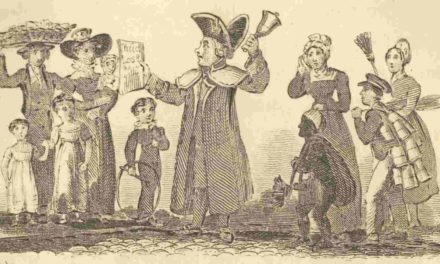 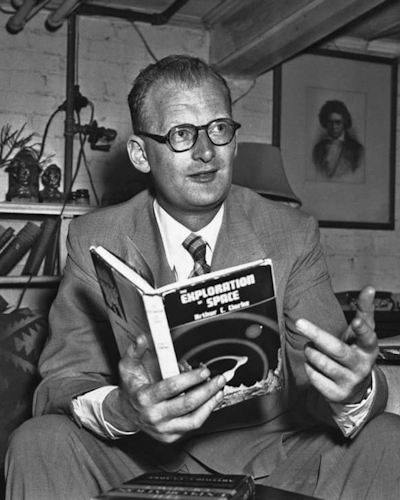 The greatest tragedy in mankind\\\'s entire history may be the hijacking of morality by religion.
— Arthur C. Clark 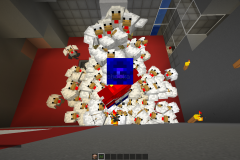